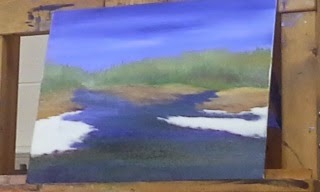 to be continued at class on Thursday.  9-noon  Base Rec Center
Posted by Artist Jackie at 11:14 AM No comments: