There seems to be a season for art shows in the Spring, mostly in April.  I was involved with three this year.  That was keeping me busy and I did not post as often as I should have :(  but I will try to be better now.

First was the SAG Photography show at the Seacoast Artists Gallery.  I do not focus on photography, but I actually took photography classes before I began painting.  I do have an eye and I take most of my photos when I am on vacation.  Since I wanted to support the show - first time SAG has held a photography only show, I entered the max of three photos.  I dug through my photos from my last couple of vacations and found a few favorites that I thought would show well.

'Grumpy' is a hummingbird in Costa Rica who sat with an attitude while most of the hummingbirds were flittering around.

'Pulling It In'  was taken on a catamaran tour in the Dominican Republic.  The crew was taking down the main sail when the wind picked up.  It was a quick snap, but I like the design elements in the photo.

'Rooted In The Sand' was also taken in the DR near the coast.  I love the gnarly roots and the echo of the peachy color in the bark, roots, leaves and building in the background. 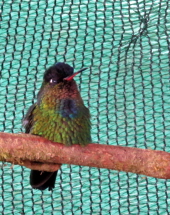 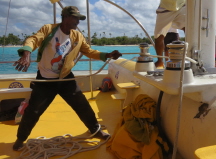 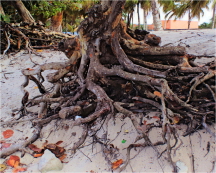 Immediately after that show was the SAG Spring Show where I entered the max of 3 paintings, all from my Body Language series.

'Looking Up'  is from the viewpoint of someone on their back.  Whether a child, someone bedridden or just someone laying on the floor...  I wanted to capture the dizzying view while looking up.

'Joy Celebrates' illustrates the wave of exhilaration that accompanies the joy that is shared by a group.  It could be a family, a group of friends, a team...  Our joy is enhanced when it is shared and celebrated.

'Joy Creates' illustrates the feeling of creation that accompanies joy.  It can be a shared joy between a couple, a group or a whole family.  Joy allows us to forge new bonds, expand our horizons, bring newness into our universe... 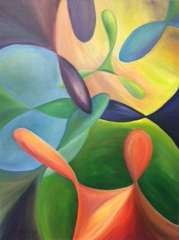 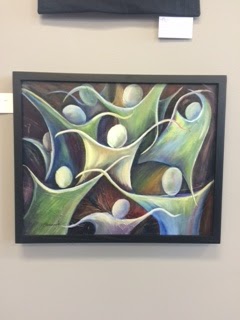 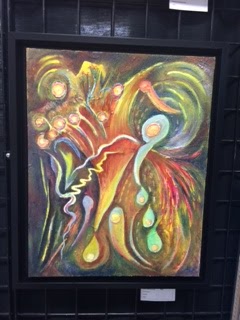 After that show I had a display of my work at 'Art Burgers & Sushi' on the boardwalk here in Myrtle Beach.  Local artists are given an opportunity to display their work for 4 weeks.  Patrons have the opportunity to purchase.  I sold three in April. 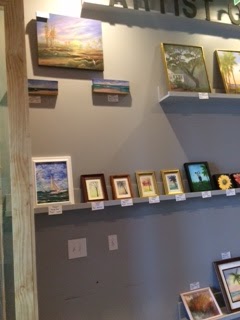 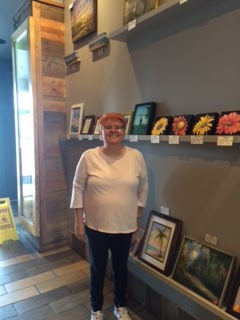 The end of April also saw the beginning the WACG Spring Juried Show held at The Art Museum of Myrtle Beach.  I had two paintings accepted into the show.  Its quite the honor.

'Spinning In The Wind'  reflects the feelings when life is spinning out of control.  But the figure is in a dancer's pose, it is possible to have some control even when spinning.  The whirly-gig emphasizes the fact that outside forces are usually what causes us to feel out of control.

'Prisoner Of Past Mistakes'  illustrates the feeling we have when we are held captive by the guilt we have from mistakes we have made.  The 'bars' are made of ribbon - not steel, so we have the ability to break free from them if we so choose. 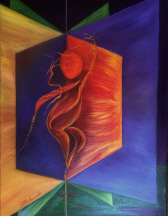 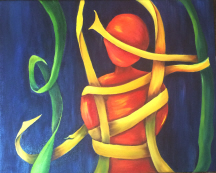 While still holding class, working on illustrations, writing my newsletter and life in general.  I can let out a sigh of relief while life gets back to just normal busy.  Until the autumn show season that is :)

Posted by Artist Jackie at 12:37 PM No comments: 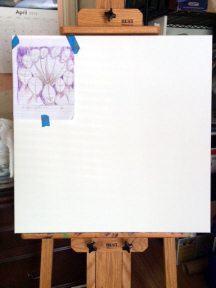 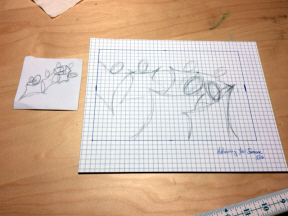 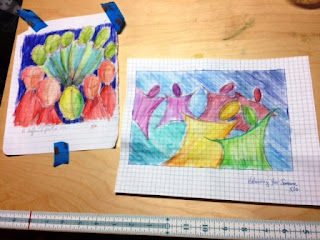 I started working on the design for the next two paintings in my Body Language series.  I start sometimes with just a thumbnail sketch, sometimes larger.  I then get them to the same proportions that will match the canvases that I will use.  I used my new ink pencils from Derwent to play with the colors and come up with a beginning color scheme.  Next step will be to transfer the images to the canvases and start blocking in.

Posted by Artist Jackie at 12:10 PM No comments: 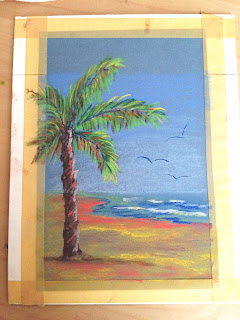 Class demo this week was working in pastels.  I use the same palm tree composition for many demos so students can focus on the application of the medium and not necessarily the subject of the painting.  Plus I have painting so many palm trees over the years that I do not have to think too hard to  create one and can focus on the explanation of the technique.

Pastels are not my favorite but I do know that basics.  What I did: 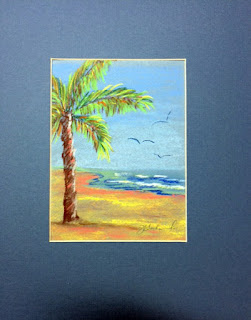 Posted by Artist Jackie at 11:20 AM No comments: